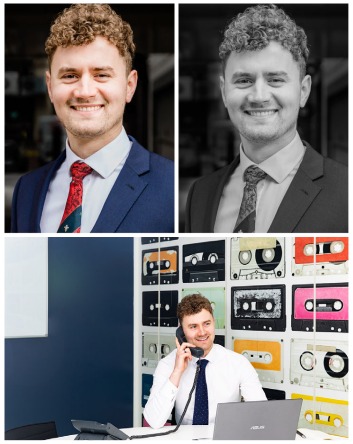 After graduating from Manchester Metropolitan University with a degree in Business Management, Henry travelled for eight months before settling in London. Kicking off his career in sales, Henry developed his account management and negotiation skills before moving into the world of recruitment at Robert Walters - identifying an interest in corporate governance. It was here that Henry led the Company Secretarial desk, further strengthening his sales skills whilst also building on his interests in relationship management and networking.

Henry joined the Core Partnership in March 2021 continuing to recruit company secretarial positions. With Co Secs at the helm of decision making, trusted advisors to the board, and more recently pivotal in disaster planning, Henry has seen the function grow in increasing importance across all industries.

Henry’s drive to go above and beyond for clients and candidates has been recognised in the market. Senior industry figures have offered recommendations for his recruitment services describing him as a role model in the sector.Outside of work, Henry enjoys exploring the outdoors; from fishing and hiking, to playing and watching sports, including rugby and tennis. On the odd occasion, he can also be found DJing in venues across London!