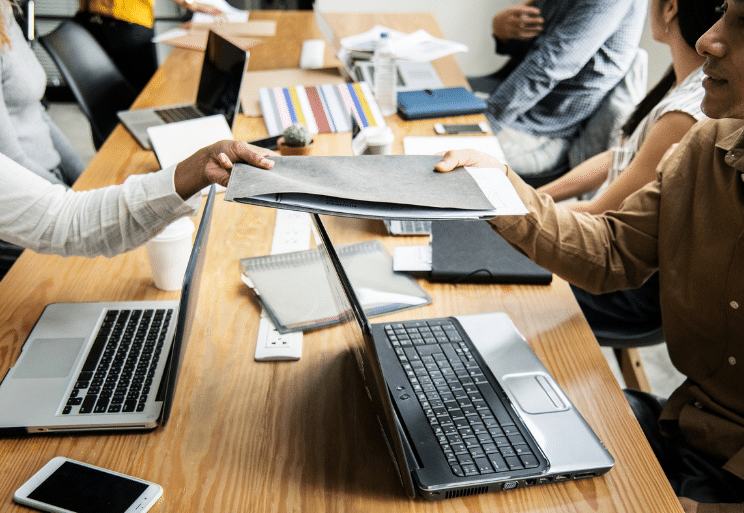 The Future of AGMs

From mid-March UK regulators realised guidance – behind other countries – encouraging hybrid AGMs but denying a complete virtual move. This was later expanded upon however and new measures were introduced granting greater flexibility. AGMs could now be conducted online, by phone, using only proxy voting or even postponed completely.

This new freedom came with challenges however, as the technology to conduct such meetings was questioned and somewhat untested as some companies had never had a need for it prior. This resulted in two thirds of FTSE 100 companies proceeding with their AGM without any shareholder presence. Some companies on the other hand, took the new measures as an opportunity for digital transformation. Marks & Spencer for example, moved from a hybrid AGM last year to conduct a successful fully virtual AGM attended by shareholders this year and there are clear pros for doing so. Perhaps the most notable of these, is increasing accessibility, thereby escalating the engagement of shareholders. Connectivity between companies and shareholders then has the potential to be greater than ever, a theme central to most businesses ethos.

In a recent survey conducted by Lumi, under normal circumstances only 3% and 6.4% of companies would conduct AGMs virtually or as a hybrid meeting respectively. Compared to next year, 6.2% anticipate the AGM will be entirely virtual and a staggering 50% suspect it will be at least a hybrid AGM where some shareholders attend virtually. The pandemic has undoubtedly put pressure on companies to comply with the law by conducting an AGM whilst prioritising safety, that which a physical meeting might have jeopardised. Whilst it has thrown standard procedures into chaos, it has also acted as a catalyst for the digital transformation of many businesses. The scope for which is yet to be fully discovered.

If you need a flexible interim or permanent resource, advice on managing a virtual or hybrid recruitment campaign, benchmarking, or would like to have a confidential discussion about your own job search, then please reach out to a member of the team on 020 3589 0333.